Dear America, With Trump Gone, Are You Still Committed to Fighting White Supremacy?

Americans will need to continue to stand up for our most vulnerable communities and fight against white supremacy long after Trump has left the White House. The work isn’t done. 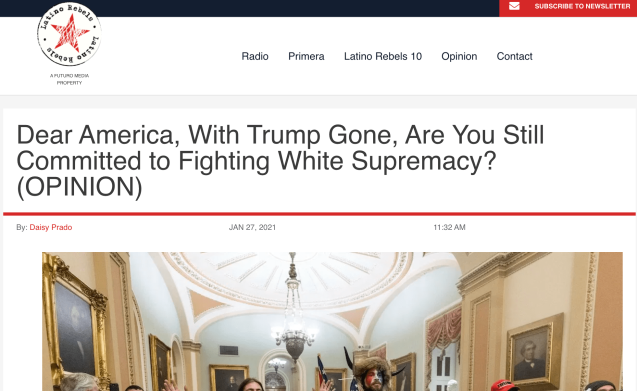 As a fourth-generation farmer, Rudy Jimenez runs Green Thumb Organics, while offering health education programs for children of farmworkers in the area.

Is centralized leadership the best route to achieving human rights for all?

A movement solely reliant on likes and social shares will not stand a chance.

In the fall of 2015, deep in the forests of the volcanic mountain range called the Virunga Massif, a new mountain gorilla census began. Although the great apes face ongoing threats from disease transmission, poaching, and deforestation, their population in the Virunga Massif increased from an estimated 380 to 480 between 2003 and 2010. Researchers wanted to know if this positive trend had continued…

‘Biggest’ winner takes on next challenge by teaching others

John Rhode, now owner of Trust CrossFit in Mesa, won $250,000 by losing 220 pounds on NBC’s “The Biggest Loser.” Now he’s sharing what he’s learned and experienced with others at his own East Valley studio.

An opening night for the Phoenix Symphony

A review of the 2012 opening night at the Phoenix Symphony with Maestra Sarah Hicks presenting Beethoven’s Violin Concerto.